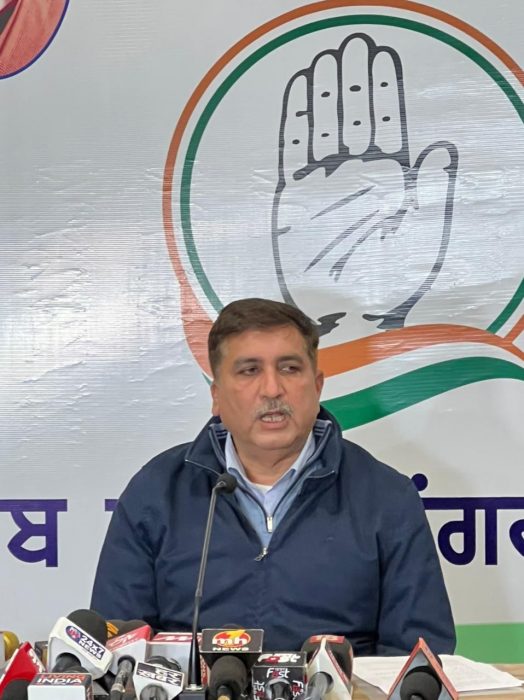 Respecting the sentiments of the congress workers and people of Punjab, the congress will announce its Chief Ministerial face for Punjab on February 6.

It was announced by the in-charge of Congress party for Punjab, Harish Chaudhary while addressing the media at party headquarters in Chandigarh on Friday.

Chaudhary said that the senior Congress leader Rahul Gandhi will address a virtual rally in Ludhiana on February 6 and during the event he will announce the CM face.

He said that respecting the guidelines of the election commission, the candidates of the party from all 117 constituencies will attend the virtual rally by maintaining the gathering at their respective venues as per the permissible limit.

During the interaction with the media, Chaudhary also clarified that Chief Minister Charanjit Singh Channi and his family has nothing to do with the action taken by the ED. “In the past also, this central government had adopted such tactics to put pressure on the opposition parties ahead of elections. They have targeted the families of MK Stalin in Tamil Nadu, Mamata Banerjee in West Bengal and Ajit Pawar in Maharashtra,” he said while adding that opposition parties are trying to suppress the CM.

Chaudhary said that BJP has always misused ED and CBI and the last three elections held in the country are its example.

He added that CM Channi had supported the farmers during the farmers’ movement. Apart from this, When Prime Minister Narendra Modi visited the state, CM Channi had said that he will not charge lathi on farmers. Therefore, the central government is taking revenge and targeting him.

Chaudhary said that the Congress party, its workers and the people of Punjab are standing with Chief Minister Channi and will give a befitting reply to people, who are adopting cheap tactics, in the upcoming Punjab Assembly elections.