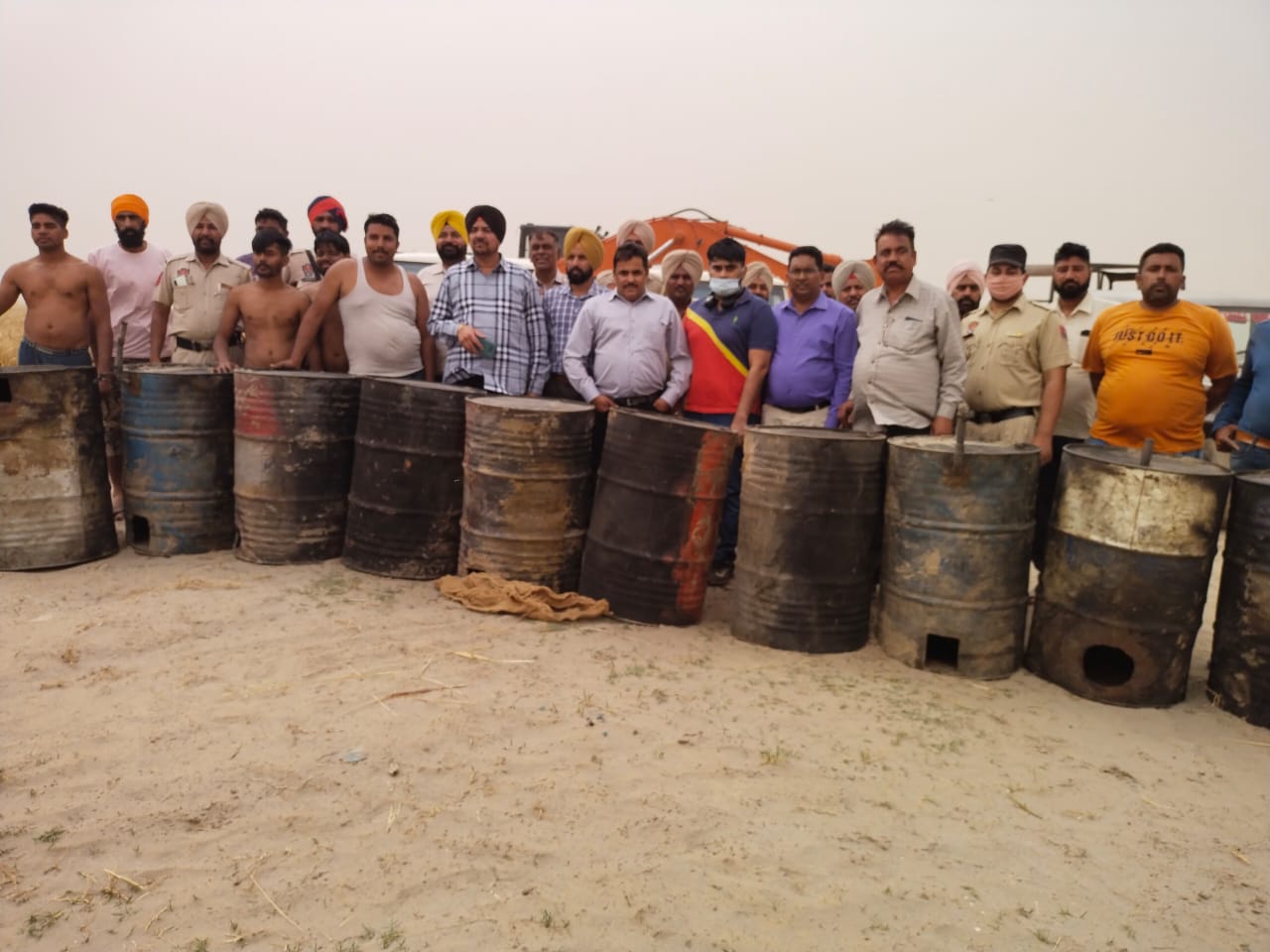 SPECIAL TEAMS DURING RAIDS RECOVER TARPAULINES, IRON DRUMS, PLASTIC TUBES AND ALONG WITH OTHER UTENSILS

Jalandhar, April 16- (STN) In a major crackdown against the bootlegging and smuggling of illicit liquor, joint teams of Jalandhar and Ludhiana excise department raided various hideouts alongside river Sutluj on Thursday under operation red rose. The teams succeeded in destroying 48,000 liters of Lahan, and 2500 bottles of illicit liquor besides recovering 10 iron drums, plastic tarpaulins, rubber tubes, and other utensils.

Ms. Grewal further stated that the department has also initiated the procedure of lodging of an FIR against the cartels of this illegal trade. She said that the department was on its mission against the smuggling, bootlegging and manufacturing of illegal liquor as a large number of raids have been conducted recently with massive recovery of illicit liquor, Lahan besides destroying live manufacturing units. The Assistant Commissioner also emphasized that the department has also booked a number of bootleggers, smuggles and their associates, which reflect upon department’s resolve to deal this illegal practice with iron hand.