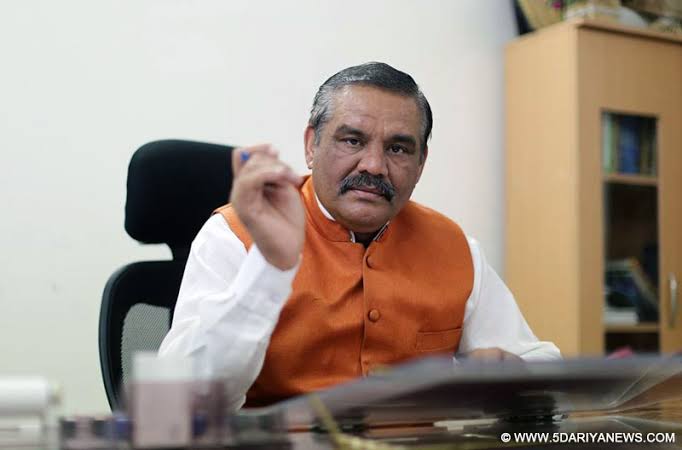 While writing letter to Giani Harpreet Singh, Sampla said Lakhbir should not be stated ‘guilty’ for sacrilege until there is a direct evidence or the police investigation proves the same.

While addressing the letter, Sampla said, “You must be aware of the brutal murder of Lakhbir Singh, a Scheduled Caste Sikh from Punjab, at the farmers’ protest site at Singhu near the Delhi-Haryana border. You must have also got the information that some people, especially the members of Satkar committee, objected to the victim’s cremation as per Sikh rituals, citing sacrilege of Sri Guru Granth Sahib.”

“However, in the viral video, the culprits and other people can be seen saying that Lakhbir Singh had disrespected the Sikh holy book but in reality, no video has surfaced on the social media or news organizations which can prove that Lakhbir Singh did the sacrilege.”

As per the statements given by farmer organisations or SKM during the press conferences, the victim was found with Sarbloh Granth rather than Sri Guru Granth Sahib, Sampla added.

“In one of the viral videos, Lakhbir Singh was seen lying on the ground with his amputated hand, whereas in the second video, he was hung upside down near the main stage of protesting farmers’ organization, Samyukta Kisan Morcha. The third viral video shows that he was hung with a road barricade, probably after his death”, Sampla said, adding that we firmly believe that SC Lakhbir Singh should not be stated as guilty until the police investigation proves the same.

Meanwhile, Sampla also mentioned that in Punjab, especially in the border districts, a large number of SC Sikhs have been targeted and converted by missionaries and institutions and the process is still going on. However, incidents like the murder of Lakhbir Singh and objection during his cremation will further speed up the conversion drive.
While requesting the Jathedar, Sampla further said that Lakhbir Singh’s bhog rituals should be performed as per Sikh religion as this will increase the respect for Sikhism in the SC society.