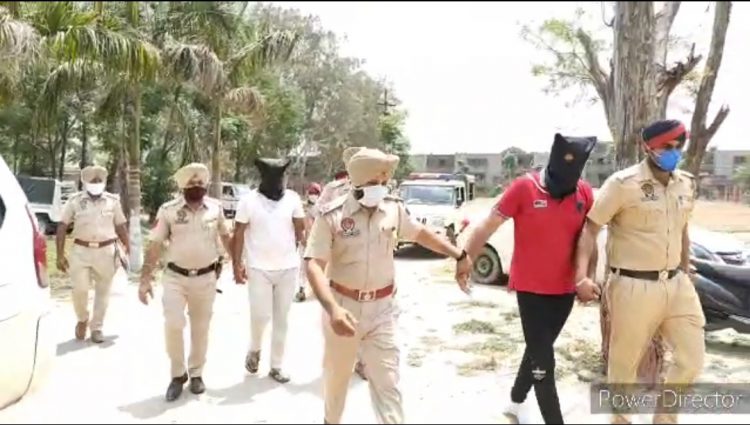 The body of a girl was found near village Bulowal near Hoshiarpur yesterday after she was shot dead by 8 to 9 people. Hoshiarpur police today revealed in a press conference that her sister’s killer and her Hoshiarpur police have arrested another accomplice of the gang and solved the murder case. Police recovered three vehicles and a 32-bore revolver from the accused. On April 22, the brother along with his accomplice shot and killed his sister nine times. The investigation was started after a case was registered at Bulhowal police station.

During interrogation, he admitted that he had killed Manpreet Kaur.
The SSP said that the accused had told during interrogation that Manpreet Kaur had got married to Pawandeep Singh, a resident of Khadiala Sainian Police Station, Bulhowal, District Hoshiarpur without the consent of the family and later filed a divorce case against her husband.

Due to which Manpreet Kaur wanted to stay in her native village, but her brother Harpreet Singh did not want her to return to the village. Because her parents had named the three forts of land after Manpreet Kaur, Harpreet along with another accomplice first practiced Reiki in her father-in-law’s village, then conspired to kill Manpreet Kaur