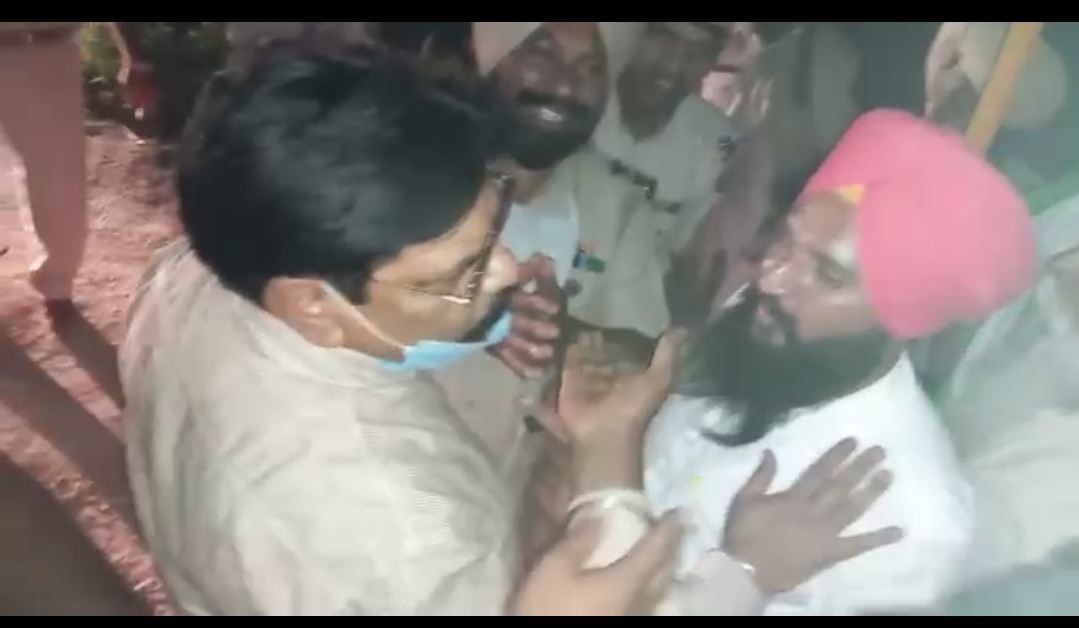 Firozpur: April 15 (STN) Members of the farmers’ organization attacked the car of Ram Gopal, the head of the province Hariwal Punjab, who reached the house of an RSS supporter at Nihala Lavera village in Firozpur. The accused broke the glass of the chief of the vehicle from the lathis. Based on the police investigation that started after the incident, five unknown people have been booked in the police station Arifke. Investigating ASI Narinder Pal said that the accused have not been arrested yet. Which organizations were involved in the attack is being ascertained.

Ram Gopal, the head of the RSS’s “Hariyaval Punjab” wave, was going to Darshan Singh’s house in Nihala Lavera, village of Arifke police station in BMW. Then around 250 farmers blocked their way. The opposition to the peasant organization somehow cooled the police using force. Meanwhile, the RSS chief’s car was returned. However, when they reached the village Bagge Wala at around seven thirty in the night, a Swift car stopped in front of them and some people got out of the car. He had sticks in his hand. The attackers broke the glass of Ram Gopal and another car accompanying him. The RSS chief was not hurt in the attack.