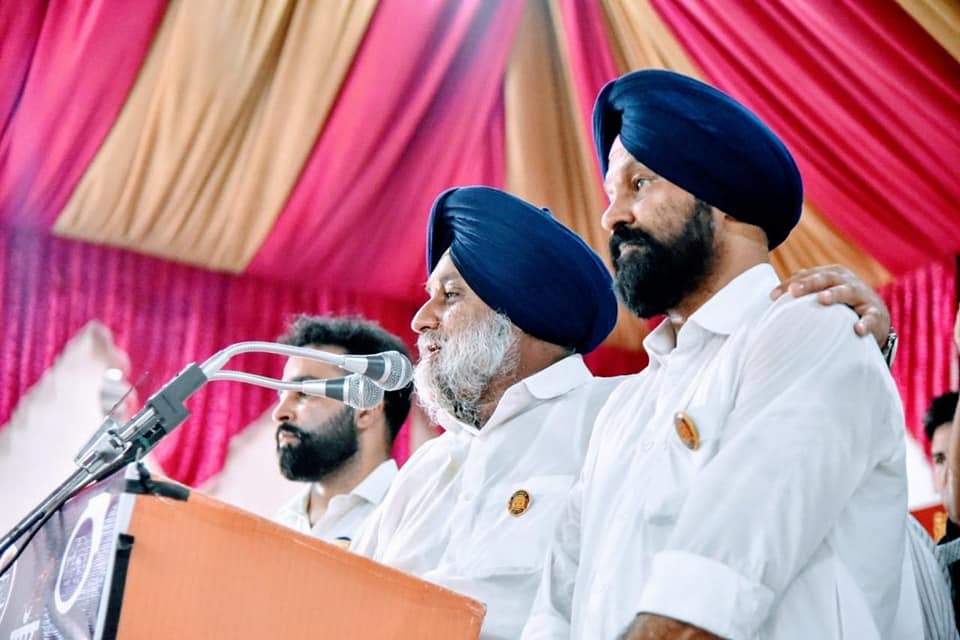 Gidderbaha, August 24 – Shiromani Akali Dal (SAD) President Sukhbir Singh Badal today asked chief minister Capt Amarinder Singh to compensate sugarcane growers for the loss suffered by them due to the State government’s refusal to increase the State Assured Price (SAP) for sugarcane for four years by hiking the SAP to a minimum of Rs 380 per quintal. He also demanded that all cases registered against farmers on account of stubble burning be withdrawn immediately.

Addressing large gatherings here as part of the Gal Punjab Di campaign during the course of which he interacted with different sections of society including lawyers, youth, traders and professionals, the SAD President said “now that the Congress government has not taken on account the Rs 1,000 crore loss suffered by them due to low SAP vis a vis Haryana and Uttar Pradesh for four years, the next SAD- BSP government would raise the cane SAP to a minimum of Rs 380 per quintal”. He assured cane growers that the next SAD-BSP alliance government would offer matching or even higher rates for sugarcane vis a vis the neighbouring States. He also assured to create a mechanism to ensure timely payment of sugarcane dues to growers.

Mr Sukhbir Badal, who also announced the candidature of Hardeep Singh Dimpy Dhillon from this assembly segment, said the
Congress government had only paid lip sympathy to the cause of diversification since the last four and a half years. “Forget giving msp for oilseeds and lentils besides milk, vegetables and fruits, it has not even cared to increase the SAP for sugarcane for four years. This is why we have failed to come out of the wheat-paddy cycle”, he added.

Mr Badal also launched a frontal attack on the chief minister, saying never in the history of Punjab had the State witnessed such an uncaring snd insensitive chief minister. He said instead of listening to the problems of the people the government was thrashing those approaching the chief minister with their grievances. He said Punjabis would never forget Capt Amarinder for swearing a false oath in the name of the holy Gutka Sahib and going back on all promises made to the people be it complete farm loan waiver, one job in each household and an unemployment allowance of Rs 2,500 per month.

Stating that the SAD alone had always fulfilled the commitments made to the people be it providing free power to farmers or making the State power surplus, Mr Badal said people had no reason to believe either the Congress or Aam Aadmi Party (AAP). He also described how AAP Convenor Arvind Kejriwal as well as its Punjab head Bhagwant Mann had sworn false oaths. He said while Kejriwal had sworn on his children that he would not have any truck with the Congress, Mann had sworn on his mother that he would abstain from consuming alcohol.

Mr Badal interacted with different sections of society during his visit to the constituency. He assured the Bar Association that the next SAD- BSP government would establish chambers for them in the Judicial complex. He also assured leading citizens during a separate meeting that the next SAD-BSP alliance would develop Gidderbaha on the lines of Bathinda and that its complete infrastructure including roads, sewerage and drinking water facilities would be upgraded.