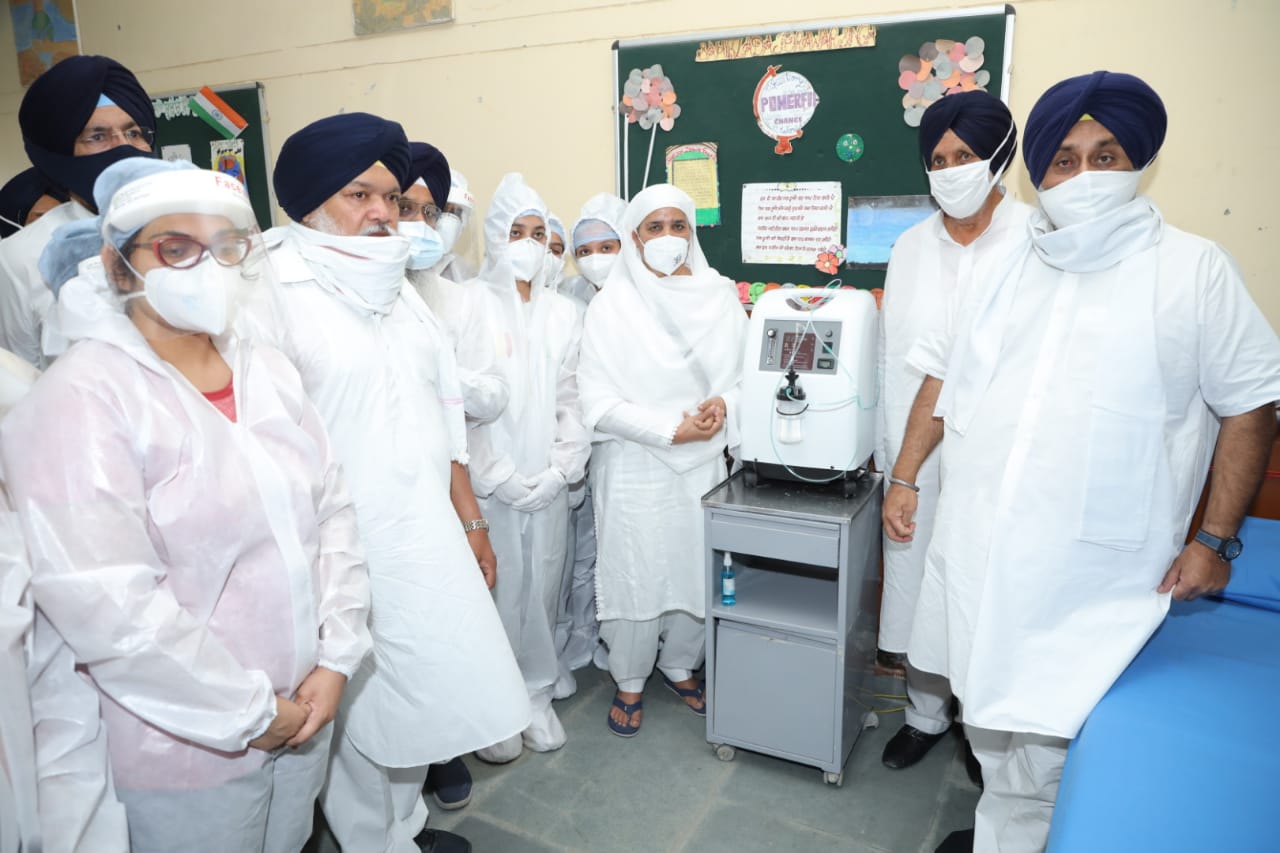 (Says Covid orphans should be given financial assistance and free education)

Ferozepur, May 20(STN) Shiromani Akali Dal (SAD) President Sukhbir Singh Badal today demanded immediate waiver of power bills for both domestic and industrial consumers for a period of six months to help the trade and industry as well as the poor and middle class to tide over the economic crisis which had befallen the State due to continuous lockdowns even as he called for giving financial assistance and free education to all Covid orphans.

The SAD President was here to inaugurate a 25 bed Covid Care Centre in which all beds are equipped with Oxygen concentrators at Gurdwara Jaamniwala at Bazidpur in this district. Shiromani Committee President Bibi Jagir Kaur said this was the fourth Covid Centre started by the SGPC to provide free treatment to Covid patients in the State.

Talking the newsmen on the occasion, Mr Sukhbir Badal said besides doing away with power bills for a six month period, the government should also give relief from water bills and other taxes being taken from the people.

Asking the chief minister to take immediate action after reviewing the pandemic situation in the villages, Mr Badal said it was unfortunate that Capt Amarinder was sitting in his farm house and announcing various versions of the “Mission Fateh” programme which had been purely turned into a public relation exercise instead of improving the situation on the ground. He said the real situation was such that the Government Rajindra hospital in Patiala was witnessing a mortality rate of 35 per cent. He said similarly the finance minister’s constituency Bathinda recorded the highest death toll of 34 two days back. “Even in the health minister’s constituency Mohali social organizations and NGOs are reaching out to the people instead of the government. The chief minister needs to descend in the field and take review meetings everyday to reduce the 2.4 per cent mortality rate of Punjab which is double than the national average as well as that of neighbouring State of Haryana”, the SAD President asserted.

Mr Badal said the situation could turn explosive in villages in the State with a huge number of villagers reporting Covid positive in the Malwa region which is also in the grip of the black fungus disease which occured due to complications during treatment of Covid”. He said there was a severe shortage of medicines as well as awareness on how to tackle black fungus. “Medicines should be dispatched to villages immediately even as the government should install ventilators lying idle with it in all districts”.

Asserting that vaccination was the way forward, Mr Badal said it was unfortunate that the Punjab government had not issued a global tender to procure vaccines for its citizens as done by other State governments including Andhra Pradesh and Uttar Pradesh. He said the SGPC had earlier contacted the suppliers of the Sputnik vaccine and had now even contacted Bharat Bitotech to procure Covaxin. “The chief minister should also talk to the vaccine manufacturers immediately and secure additional vaccine doses for Punjab”.

Speaking about the efforts of the SAD, Mr Badal said 100 concentrators were being distributed in Bathinda parliamentary constituency and an Oxygen Sewa initiative had also been started in Bathinda city whereby oxygen concentrators were being made available to the people. He said the SGPC had opened four centres and several hundred Covid patients had already been treated in the centres.