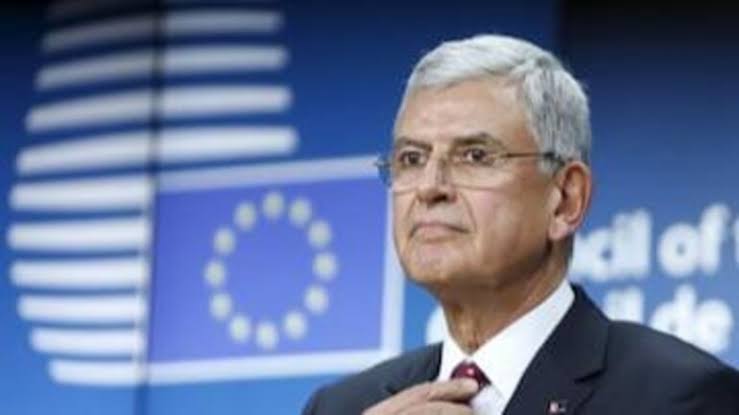 New Delhi:30,May(STN) The Indian Government lashesh out at the United Nations General Assembly President Volkan Bozkir on his provoking statement on the “Kashmir Issue” during a joint press conference with Pakistan’s Foriegn Minister Shah Mehmud Qureshi on his last day of 3-days visit Pakistan tour. In which he said that “Both parties, all parties, must refrain from taking steps that could affect the status of Jammu and Kashmir.”

In its reply a statement has been released by Ministery of External Affairs stated , “when an incumbent President of the UN General Assembly makes misleading and prejudiced remarks, he does a great disservice to the office he occupies” adding, his “behaviour is truly regrettable and surely diminishes his standing on the global platform.”

The UNGA President Volkan Bozkir also said, “Palestine has more political wind whereas the Kashmir issue doesn’t have the same enlarged political wind behind it.”

During the press conference Volkan Bozkir was trying to portrait the issue of Palestine and the issue of Kashmir equally and said “duty of Pakistan to bring this to UN Platform more strongly”.

India also dismissed equating of Palestine and J&K saying that there is no ” basis for comparison to other global situations.”

Where as The Shimla Agreement signed by former PM Indira Gandhi and Pakistan President Zulfikar Ali Bhutto in 1972. in which it was clearly written that “It is a bilaterl agreement that rejects any third-party mediation on Kashmir issue”

Volkan Bozkır is a Turkish diplomat and politician and the first Turkish National to hold President of the United Nations General Assembly post. The term of the presidency of UNGA is for a year and he is expected to remain impartial but in his statements it shows the statements by a Turkish mind set.

These comments by the president of UNGA are voilation of the codes written in Annex XI (a) for the President of the General Assembly as enshrined under resolution 70/305 of 13 September 2016. para two says, “The President shall perform his or her duties and responsibilities in an impartial and equitable manner and in full honesty and good faith”.Para three of the same Annex states that President “shall avoid any action” that “might result in or create the appearance of” giving “unwarranted preferential treatment to any State..”, para five points out, “President shall avoid any situation involving a conflict between his or her own personal or private interest and the interests of the Presidency or the United Nations”.