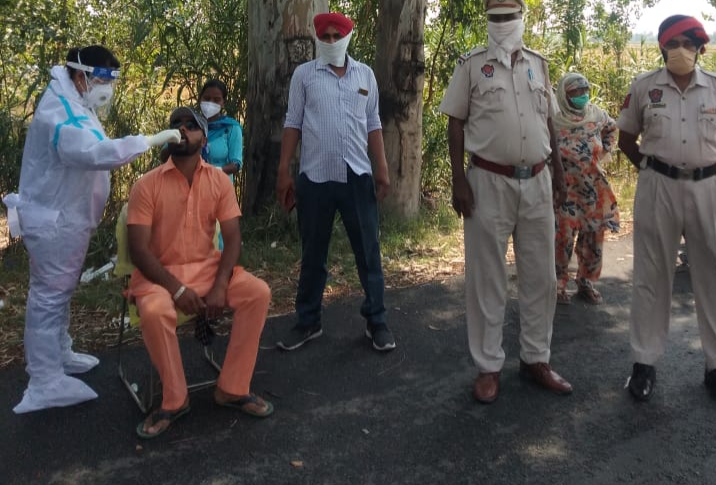 Nawanshahr, May 7: (STN) Police in the district today registered three cases against those who were using the lockdown and negligence of cowardly rules in the district. In addition, 706 persons without masks have undergone covid test and 77 challans have been issued. Disclosing this here today Senior Police Captain Alka Meena said that Harpreet Singh, son of Niranjan Singh, a resident of Begumpur, owner of Goldie Gym at Banga Road, Nawanshahr, had taken strict action against those who did not follow the instructions of the government during the lockdown. The case was registered at Police Station City Nawanshahr. Similarly, a case was registered against two motorcyclists Lakhwinder Singh son of Madan Lal of Karavar and Kulwinder Ram son of Tarsem of Boothgarh Hall of Mahindipur for non-compliance of social distance at City Balachaur police station. Apart from this, a case has been registered against him at City Banga police station for collecting coffee without wearing a mask by the public in the grounds of Guru Nanak College Banga.
The district police chief said that today the police along with various medical teams conducted quid tests of 706 persons without masks in public places in the district while challans of 77 persons without masks were also deducted. He said that the media van of Saanjh Kendra and the chief officers of the police stations were alerting the people to take precautionary measures against Kovid. He appealed to the people not to show indifference towards the rules and regulations and not to go out of their houses during lockdown and night curfew. He said that the guidelines and instructions issued by the government, district administration and health department towards Kovid should be followed so that the district could be made Kovid free.