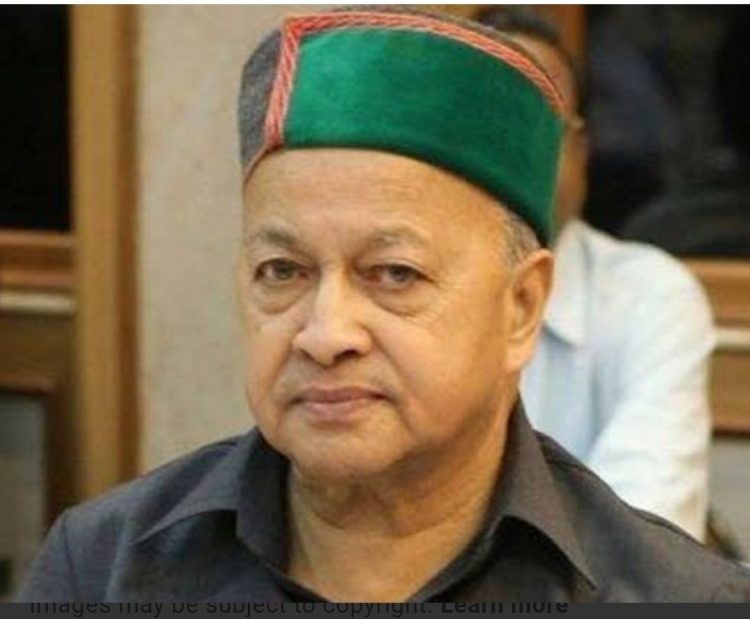 Former Chief Minister Virbhadra Singh died due to multi-organ failure at around 4 am at Indira Gandhi Medical College Hospital here, he said. 87-year-old Virbhadra Singh was earlier suffering from corona virus and was admitted to Max Hospital on 13 April.

After recovering from Corona and being discharged from the hospital, his health deteriorated again and he was admitted to IGMC a few days back. He was on ventilator for the last two days. Virbhadra Singh has been the Chief Minister of Himachal Pradesh for 6 times.

He was found to be suffering from corona virus twice on 12 April and on 11 June, after which his health started deteriorating frequently. He has also been a nine-time MLA and five-time MP.
Virbhadra Singh is survived by wife Pratibha Singh, son and MLA from Shimla Rural Vikramaditya Singh and daughter Aparajita Singh. On the other hand, Congress District President Rana Ranjit Singh from Una district told that former Chief Minister Raja Virbhadra Singh, a great pillar of Himachal Pradesh’s pride and Himachal’s politics, is no more with us today. Heartfelt tributes from Rana Ranjit Singh and District Congress Committee Una. May God grant peace to the great soul and place at his feet, so give strength to the family to bear the loss in this hour of grief. The public welfare work done by him will always be immortal.