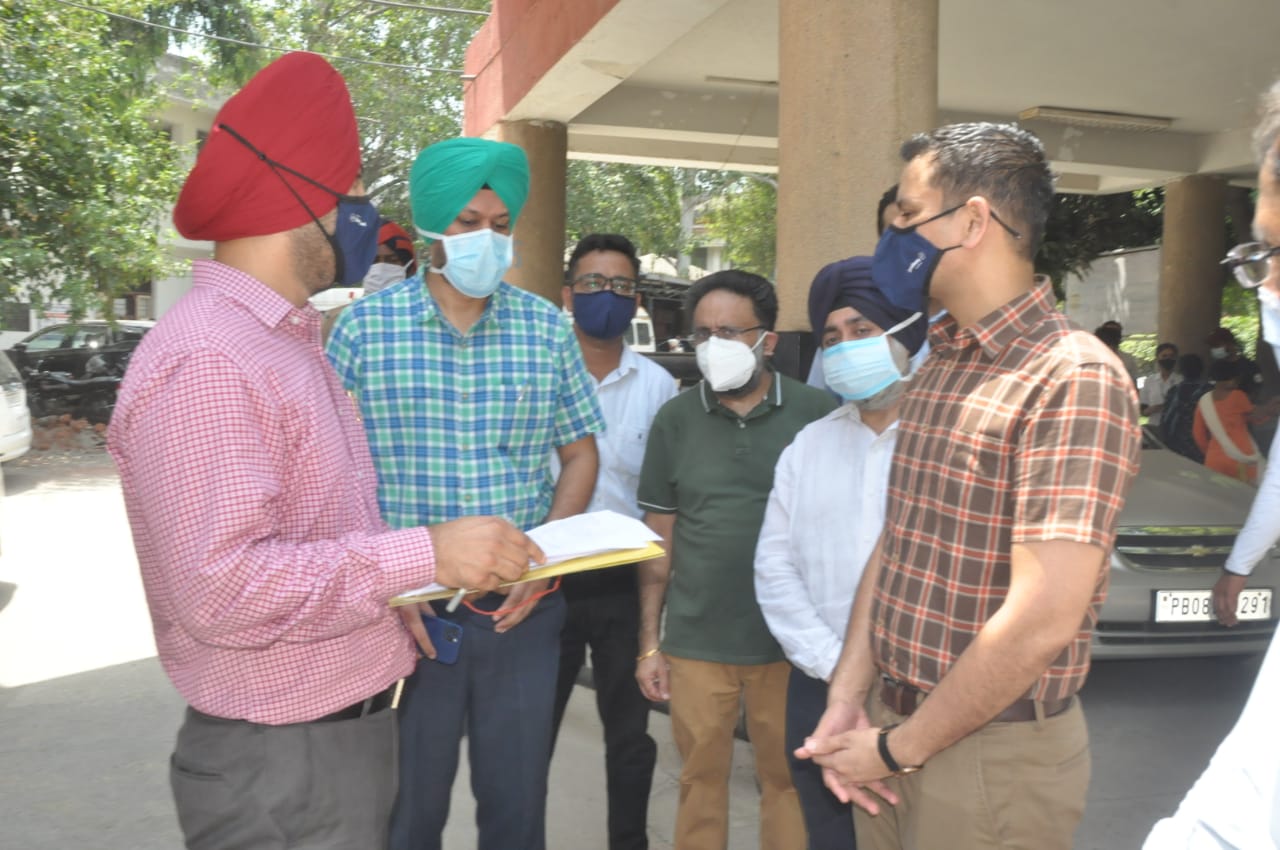 Jalandhar, December 30-(STN)The year 2021 saw mighty wave of Covid coming back and engulfing the people but it witnessed tremendous commitment, dedication and firmness by district administration led by the Deputy Commissioner Mr. Ghanshyam Thori to save the precious lives of people by acting as a barrier between second wave of Covid and people.

Exhibiting remarkable administrative skills the Deputy Commissioner not only saved the people from scourge of the pandemic’s second wave but he made sure that infra structure was spruced up and used to its full potential so that any such threat can be met with full might in the coming times too. A dynamic and farsighted Deputy Commissioner led the officers of the administration as a perfect team leader by distributing every task to his team members and then making sure that the officers deliver it in a time bound and result oriented manner. Not only this through regular monitoring of the medicines and other resources the Deputy Commissioner made sure that it was available to the needy well at time.

The second wave saw lot of hue and cry over shortage of oxygen cylinders and medicines like Remdesivir but Deputy Commissioner ensured proper checks and balances over its procurement and supplies due to which no unruly scene was witnessed in Jalandhar. As a fact of matter Jalandhar emerged as the only district in the state where there was hardly any scarcity of these vitals equipments and medicines to combat the second wave. The efforts of Deputy Commissioner and his entire team never went unnoticed and were applauded by the people on one hand and by the state government on the other.

Apart from treatment, the Deputy Commissioner also laid major thrust on prevention of the fatalities in wake of second wave. He personally planned, executed and monitored the vaccination drive so that every strata of the society was aptly covered in that. The result was also miraculous as district administration even touched the magic figure of around 50,000 jabs in a single day through a sustained, well planned and aptly executed vaccination drive.

As a fact of matter, the leadership of Deputy Commissioner galvanized the entire government machinery which ultimately saved the people from the pandemic to a great extent. Meanwhile to tackle the fresh variant of OMICRON Virus 16 New PSA plants have been setup in district by the administration. Out of these 13 PSA plants are in private sector and three new PSA plants have been installed in government sector.

The year also saw Jalandhar administration striding towards achieving more feats for providing citizen centric services to people. Jalandhar continued to be the best as pendency in Sewa kendras remain nil and smooth procurement of grains was another feather in the cap of administration. Likewise, Jalandhar also remained on forefront for ensuring the benefits of pro-people government schemes to the people. A slew of new projects were also dedicated to people in Jalandhar and fresh ones were announced to make Jalandhar a frontrunner district in Punjab in general and country in particular.